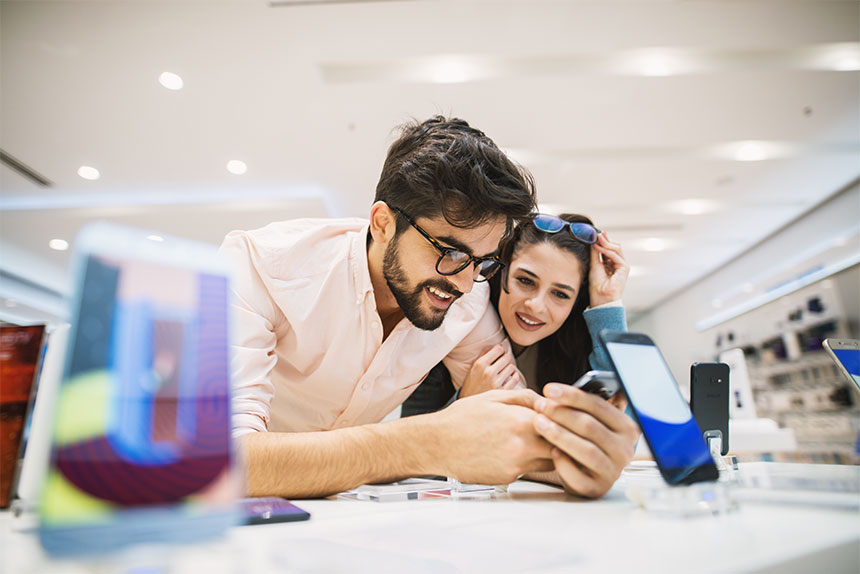 Brand, capacity, operating system, photo equipment… There are many criteria when thinking about buying a new smartphone. But there is one that must also be studied: the processor. The computing chips in modern phones allow them to develop ever more interesting uses, and in a high-performance way. Here is an overview of this central piece.

The main brands and ranges of processors for smartphones

There are two main processor families on the smartphone market. On the one hand, manufacturers belonging to specialized manufacturers, and on the other hand, generalist firms that supply chips to several major brands. In the first category, Apple, for its iPhone, designs the Apple A12 Bionic and Apple A13 Bionic, which respectively equip the iPhone XS or XR and the iPhone 11. Its main competitors also have their own foundries, responsible for developing processors for high-end models. In Europe, Samsung smartphones are equipped with Exynos, version 9820 for the Galaxy S10 and 9825 for Note 10. Huawei acquired HiSilicon 15 years ago: this subsidiary then designed the Kirin processors, whose 980 model is embedded in the P30 Pro.

On the other hand, “independent” firms have, in parallel, acquired considerable importance on the market: a single chip can equip dozens of different models. For example, the processor market is dominated by the American company Qualcomm, which designs the Snapdragon range. One of its latest variations, the Snapdragon 855, is on board the Sony Xperia 1, the Xiaomi Mi 9, the Google Pixel 4, the OnePlus 7 and the Xiaomi Mi 9T Pro! Other manufacturers have specialized in making processors with lower power and consumption for entry-level phones, such as Mediatek.

Which processor for which use?

As the key component of a smartphone, the processor is in charge of all the calculations necessary for application activity. In this field, the vast possibilities for using a smartphone are not all equal: games, video processing applications or professional data managers will require the most “mathematical” processing power.

So if you need this type of use on your smartphone, it’s best to look at the top-of-the-range products from each manufacturer: Apple, Samsung, Xiaomi, Huawei or OnePlus equip their most expensive models with the latest versions, guaranteeing a substantial gain in efficiency and fluidity compared to previous generations and less expensive phones.

The main processors on the market operate several cores: they are physical parts that function independently and simultaneously. There are 6 cores in an Apple A13 processor and 8 cores in a Snapdragon 855. Not all of them have exactly the same use: some are used for pure computing, others to run applications in a basic way without using up too much battery power. A hexacore or octocore usually contains one or two ultra-fast cores, while the others are used either to provide extra power for demanding tasks or to meet lighter needs.

How to read the frequency of a processor?

Each core has a nominal frequency, which is a theoretical value: this raw data indicates the maximum computing power of the physical unit associated with it. The Kirin 980 of the Huawei P30 Pro thus displays a frequency of 2.6 Ghz for its two main cores, and values of 1.92 Ghz and 1.8 Ghz for its “secondary” cores, i.e. numbers relatively close to the processors used on computers, to give an idea of the on-board power.

The autonomy of a smartphone depends on many factors: the search for Wifi networks, communications, backlighting will consume electricity. The central role of the processor in a phone can make it an energy-consuming part. A power-hungry application (such as a game or video editing application) will therefore put a strain on the processor: the higher its frequency, and therefore its computing power, the more it will consume, which can represent a third of the total power of the battery.

RAM and graphics chips: the allies to know

While the processor is one of the hardware assets of a smartphone, it is not the only one that contributes to its performance. As far as the graphic display is concerned, a graphics processor is added to it; its efficiency is measured by a frequency and a number of cores (often equal to 2 on the most recent top-of-the-range models). A great deal of importance is also given to the random access memory: this allows instantaneous processing of a number of information measured in Megabytes. On premium smartphones, this memory now reaches between 4 and 6 GB: enough to see a lot when it comes to multitasking a greedy application!

Whether for facial recognition on unlocking, automatic photo correction, gaming or augmented reality, artificial intelligence is taking a prominent place in the architecture of our smartphones. Manufacturers integrate it when designing processors: the “neural network acceleration chips”, or NPUs. These specialized hardware units can perform billions of computing operations to help AI perform complex tasks. At the heart of the Snapdragon, Exynos and other A13s are these neural engines, often multi-core, which are responsible for machine learning (the fact that AI understands certain processes by itself) and real-time visual or sound recognition. 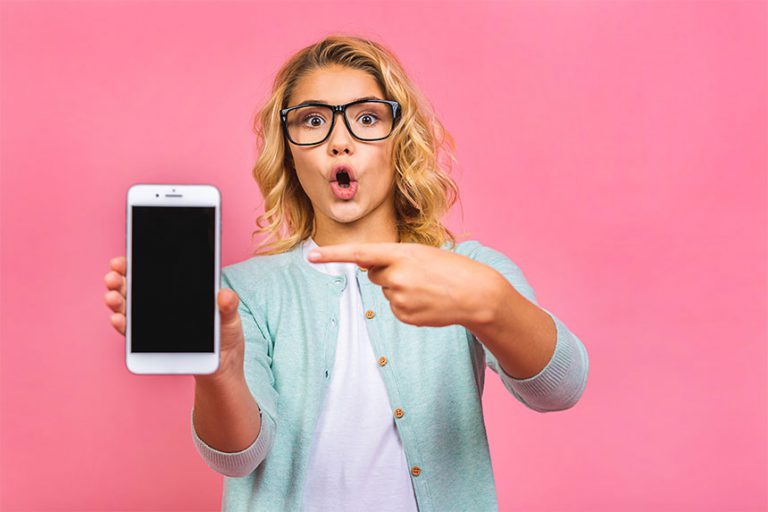 There are many references of smartphones available on the market? It becomes difficult to choose the one that will best suit your use, depending on whether you are a seasoned user or a beginner, a frenetic or occasional user, young or old, familiar with new technologies or not? This little guide will try to guide… 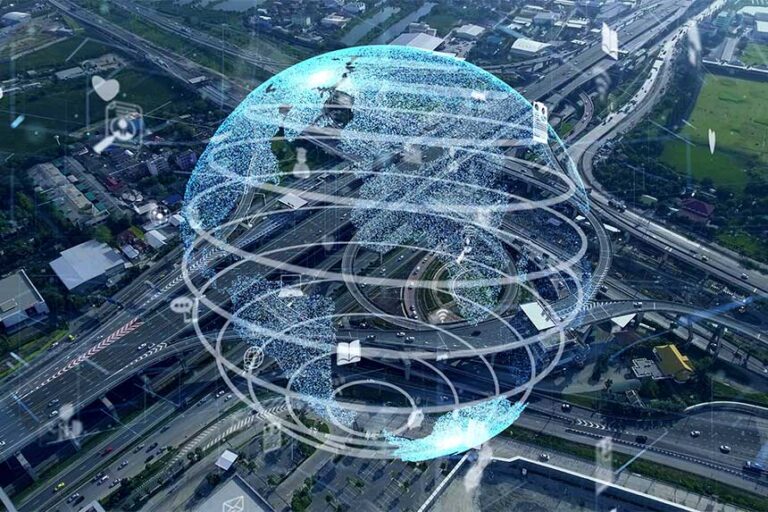 Fiber-like throughput, near-zero latency, and ultra-connectivity. The advantages of the new 5G mobile network are multiple. In addition to enhancing existing services, 5G will also enable new uses to be explored. Here are some explanations. 5G is presented as a breakthrough technology. However, for the time being, it is not going to radically change things… 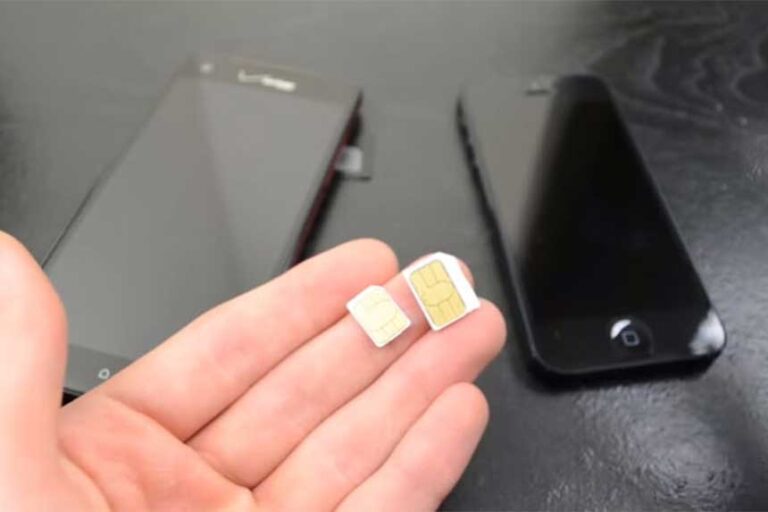 SIM cards are essential to our phones. But, this element has changed a lot in a few years. Its size has considerably reduced, while its memory has increased. A quick reminder about this electronic component There are now more SIM cards in circulation than inhabitants in France (77 million) or in the world (20 billion)…